Brightwater seems a cool place for a beginning teacher. A friendly country community just south of Nelson, the village boasts a small but growing school with a stable leadership and staff. ERO describes a trusting and collaborative culture.

Katie Mead came here at the beginning of 2020. Straight out of university, her plan was to immerse herself in the community and school, and learn her craft.

It has all gone pretty well. Mead has developed good relationships with the rest of the staff, particularly a couple of other beginning teachers, and she feels comfortable working in the  senior syndicate. It’s a good team.

The students are rural kids and over the weeks of Term 1, Mead started to get to know them. She tried to find out about their interests, families and individual learning preferences. It was a bit of a slow process, because much of the term involved students rotating through a number of activities with a variety of teachers.

“I hadn’t got to know a lot of them very well,” says Mead. “But I was getting routines established and things were going pretty well. Then everything was interrupted by the Covid lockdown.”

When Ako talks with Mead, her students are about to return to school in Alert Level 2. Though she knows she won’t be starting completely afresh after the long break, she feels as though she is going to have to do some re-learning about her students and take time to re-establish the routines she had put in place in a couple of months back.

The lockdown itself was a challenge.

“It was hard, to be honest, because I’d only just started to feel comfortable in my role and now, suddenly, I was having to provide learning for children I hardly knew in a completely new way.”

Mead was grateful that she and her colleagues had started to use Google Classroom before the arrival of the pandemic. Now, as she began to explore it more deeply, she discovered it was an excellent platform, enabling teachers to target learning to particular children in a quite sophisticated way.

“As a syndicate, we realised that a lot of the children’s learning would be about being at home under lockdown with their families.”

“As a syndicate, we realised that a lot of the children’s learning would be about being at home under lockdown with their families. We didn’t want to place any extra stress on them, so we aimed to provide them with only a couple of hours of teaching and learning a day, including reading, writing, maths and some creative activity.”

Though the prospect of contributing to that seemed daunting at first, Mead soon began to feel more comfortable. She had good support from the rest of her syndicate and her mentor checked in with her regularly to see how she was doing.

“We teachers in the senior syndicate were able to bounce ideas off each other and share material,” she says. “It was good to be able to pick and choose resources from the group and share those with your students.”

Google Classroom gave her the ability to see what others were doing. She could see what was happening in two other classrooms. It was comforting to be able to reach out online to another beginning teacher in the syndicate, to compare notes or just chat.

Zoom meetings kept her up-to-date with what was happening in the rest of the school and what the Ministry of Education was planning.

“We were each in our own bubbles and though we were communicating online, the support was not physically around you. Each interaction had to involve a piece of technology; an email, a text or phone call,” she explains. “You felt a bit more tentative about asking for something because you didn’t want to be bothering your colleague. I felt on my own more than I would have in the regular school environment.”

“You felt a bit more tentative about asking for something … I felt on my own more than I would have in the regular school environment.”

Time online gave Mead the opportunity to look for inspiration beyond her own school. She discovered the New Zealand Teachers’ Facebook page, which was a great find.

“People were uploading such great ideas and resources there that I could use, and there were heaps of ideas and advice,” says Mead. “I got a really good resource from a lady who had compiled writing ideas built around isolation and being stuck at home.”

Heading back to school and some form of normality is exciting. She’s looking forward to seeing the students and rebuilding relationships. She knows they will be a little changed by their experiences of the past 10 weeks. She’s changed, herself.

“I’ve learned that I can be lonely sometimes,” she says. “But I’ve also discovered I am adaptable and quite resilient. Before this all happened, I was only just beginning to understand teaching and now I’ve learned another way of doing it. That was challenging, but it’s also been interesting and fun.”

Straight out of university, Jon O’Neill was also drawn to a rural school. He had spent some time at Okato in South Taranaki as a child and when he saw a job advertised there, he fancied heading back “out the coast”, as the locals say. It helped that he’d heard good things about the principal and staff.

Coastal Taranaki School is a Years 1 to 13 school of close to 300 students, many of them from dairy farms. O’Neill has enjoyed his time there and he felt pretty much established when the the Covid Alerts began.

“My Year 4/5 class had settled into routines,” he says. “I had made sure the students understood my expectations and felt comfortable with the culture of the classroom. By week eight, we had completed all our baseline testing and we were ready to get into deeper teaching and learning. Then the Covid Alert Levels were announced and suddenly, we as a staff had to prepare for distance learning.”

The transition wasn’t a huge one. Google Classroom and the Class Dojo app were already familiar to the students, who had Chromebooks and their own logins.

“I’m lucky, because I’m fresh from working collaboratively online,” says O’Neill. “So the move to this new way of working wasn’t a wrench. It actually became a great experience for me, because I had the opportunity to work collaboratively with five experienced teachers, putting together learning packages and resources across the curriculum.”

O’Neill enjoyed the access to extra advice and the range of resources. He felt valued for his recent experience of working in an online environment.

“O’Neill enjoyed the access to extra advice and the range of resources. He felt valued for his recent experience of working in an online environment.”

“It was probably the best experience I’ve had as a beginning teacher,” he says.

At the same time, O’Neill missed the face-to-face engagement with his students.

“Despite our best efforts online, that was the dimension that was missing,” he says. “It was much harder engaging on that human level, gauging kids’ wellbeing and responses.”

He worried about the students who didn’t engage in the online experience. They were the same kids whose achievement in the regular classroom was concerning. As someone who had come into teaching to combat inequalities, this was often on his mind.

When Ako spoke with O’Neill, he had just completed his first day back at school with students. He’d sensed a feeling of relief in the school and the possibility of a return to normality. Things felt right.

This same feeling was there when O’Neill closed the door to his classroom at 5pm on Monday to begin the gentle half-hour drive home. After 10 weeks of his home being his place of work, there was the possibility of it again becoming the refuge it had been before the lockdown.

The words “beginning teacher” don’t seem appropriate for Virginia Heta. After all, she’s spent years in classrooms as a kaiārahi i te reo, building the Māori language of children. But now, after a stint at university, she has her own class of Year 1/2 at Te Kura Kaupapa Māori o Ōtepoti, in Dunedin.

Heta has settled into the school easily. She explains that the Māori community in Dunedin is quite small.

“Particularly in education circles, everyone knows everyone else,”she says. “So even though I was new to the kura, I already knew most of the staff and many of the whānau.”

She’s loved the holistic Te Aho Matua philosophy of the kura, where the child is at the centre and the focus is on a reciprocal teaching and learning. Forging strong relationships with whānau is part of this.

“If you have a strong relationship with the whānau, it empowers them,” she explains. “I really like the way the parents keep me informed about what’s happening day to day in lives of the children.”

When the school moved into lockdown and toward distance teaching and learning, Heta was a little concerned. She planned for separate sessions for her Year 1 and Year 2 children, but had doubts about the effectiveness of technology in teaching young children. She wondered whether the interactions with children would have the same energy and authenticity.

She needn’t have worried. She soon discovered the secret was to create Zoom learning sessions that revolved around hands-on activities and interaction.

“Heta soon discovered the secret was to create Zoom learning sessions that revolved around hands-on activities and interaction.”

“We made paint and playdough and did quite a lot of baking,” says Heta. “I would let the parents know in advance what was needed and they would join in. It was great fun and I was able to feed sentence structures to the parents who were building their own reo alongside their tamariki.”

When Alert Level 3 began, a decision was made to keep the kura closed and carry on with distance learning for all children. There was, however, one family where both parents needed to return to work, so Heta volunteered to leave her own bubble and join theirs, caring for the children and helping them through their learning.

“It worked really well,” says Heta. “They would often join in my own Zoom sessions, interacting with the other children.”

When Ako spoke with Heta, just a day before the start of regular school, she was excited about returning. Much of that excitement came from knowing that her experience of teaching and learning in lockdown would change her future practice for the better.

“I know now that the technology can be a really powerful tool, not just for the classroom, but for building relationships with whānau. It also has the potential to make school more transparent for parents.”

“Technology can be a really powerful tool … for building relationships with whānau. It also has the potential to make school more transparent for parents.”

She has decided to build much more hands-on, holistic learning into her daily routine, creating activities from which reading, writing and maths naturally flow.

“A lot of tamariki have really thrived in the distance learning environment, because they’ve been less structured and been allowed to be more creative,” says Heta. “I really think we can learn from that and change the way we work.”

Despite the disruption to her first year as a teacher, Heta is positive about the experience.

“We teachers can’t afford to be comfortable. We need to be constantly challenged and making changes for the betterment of our tamariki.” 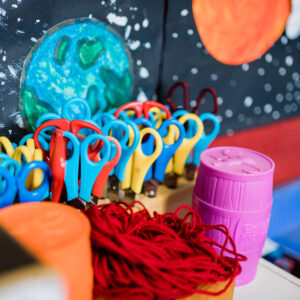 Teachers of the future

Initial teacher education plays a crucial role in our education system. But is it up to scratch? Ako talks to education professionals who are reimagining how we grow new teachers. 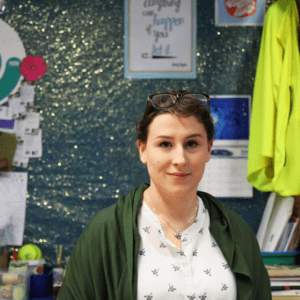 Teaching in a community new to you

A new teacher gives some advice to others starting work in a new community.

“The relationship between the teacher and the student is one thing, but it’s so much richer when the community is backing that student as well,” says Eryn Street, a teacher at Papakowhai School in Porirua.