Despite being a Decile 1 school, Te Whata Tau o Putauaki in Kawerau (a kura-ā-iwi), is well ahead of the play when it comes to distance learning.

This is due to a pilot supported by the school internet service provider, Network 4 Learning, and a local trust, Te Aka Toitū Trust, making computers and home internet access affordable for whānau in both Kawerau and Murupara. About 900 students are benefitting at seven schools in the region.

Facebook is not allowed, but they are able to search Google openly for information. Whānau have been supported to buy computers for their children’s home use, with staggered payments over a period of up to three years.

“Family started buying devices in 2016,” said the tumuaki of Te Whata Tau a Putauaki, Ripeka Lessels. Whānau with three or more children are given computers for free: one if you have three children; two if you have four.

Of the 109 students enrolled at the kura, nearly all had their own computers and access to the school network by the start of the new school term.

Lessels describes the first day of online teaching and interacting with the tamariki as “absolute fun!” Staff had worked hard to prepare activities, and all went according to plan.

Lessels describes the first day of online teaching and interacting with the tamariki as “absolute fun!”

As well as meeting as a whole kura in a “main room” on Zoom, classes were able to go into “break-out rooms” (still on Zoom), and then come back to the main room for group time. “In our classroom, we had a look at the online Māori alphabet,” says Lessels. “I shared my screen on Zoom, ‘Takaaro Tribe’, then I watched the kids write the letter ‘a’ in the air.” But that’s not all: “We read an online book, which they read along with me, and then the second book they could read for themselves. We played a quiz game called Kahoot! and we wrote a story together. I put a picture up as motivation and together we compiled a story. It was great!”

After the tamariki went offline, Lessels met with staff to review the day and plan the next day’s activities. She also attended an online meeting of the school’s Board.

“We’re going to do this [online teaching] every day until we’re allowed to go back to school,” says Lessels. Some parents sit alongside their tamariki, and interact. “It’s really quite interesting, watching the engagement. I’ve been pleasantly surprised about how the parents have got on-board. They’ve taken to it like a duck to water!”

The tamariki have also been very happy to see each other, and compete amongst each other to call out the right answers.

The tamariki have also been very happy to see each other, and compete amongst each other to call out the right answers. Some make arrangements to meet up online at later times.

While Lessels had also checked out some of the education programmes being broadcast on TV, she commented that there were few resources at the right level for kura kids, and watching these programmes was too passive. The interactive aspect of using Zoom hui, or “Zui” was better.

“It’s not our preferred model of operating,” she admits. “We couldn’t give the kids a hug, and talk to their parents, kanohi ki te kanohi, like we normally do. But it was good to see them. And we’re learning it’s possible to have an effective teaching and learning experience online.”

She also comments about what is the same as before. “The interesting thing is, the same rules apply. We expect them to be out of their pyjamas, sitting at a table, not lying in bed. So far they haven’t been too bad!”

Distance learning is “meeting a need” during lockdown, and enabling the kura to maintain a connected community, but so far the teaching was at a basic level only, Lessels says. And a few children were still missing out, including the New Entrants, who are less able to join in.

Te Whata Tau o Pūtauaki is a Māori-immersion kura associated with the iwi of Tuwharetoa and Ngāti Awa, as well as the national organisation Ngā Kura-a-Iwi o Aotearoa. It has a roll of 109, and is a composite school, Years 1–15. The maunga of Pūtauaki (Mt Edgecumbe) is nearby and central to the culture of the school.

Mana whenua (Tuwharetoa ki Kawerau and Ngāti Awa) reo, values and beliefs influence the direction of the teaching and learning, says a recent ERO report (2015). Most students descend from those two iwi, but many are also of Tūhoe descent. “Uri understand the importance of ūkaipōtanga. Whakapapa is an integral part of understanding place and the value of iwi knowledge.”

The biggest employers in Kawerau in the 1960s were the Tasman Pulp and Paper Mill and Caxtons, manufacturers of Purex toilet paper. Pulp and steam from the mill were used to produce the first New Zealand-made toilet paper. In the 1970s and 80s, Purex production moved to Henderson and Te Rapa (Waikato), but in 2014 it returned to Kawerau, as promoted in recent ads featuring the Sharpei dog, Rolly. The Tasman Pulp and Paper reduced its staff by 30% in the 1990s, but both the mill and the toilet paper business remain important employers in the town.

“New Zealand needs Kawerau, because Kawerau makes the toilet paper!” jokes Lessels. The importance of toilet paper has been emphasised in recent weeks, as anxiety about running out has led to extra sales.

But an exciting new venture in the town is Waiū Dairy, a geothermally powered milk-product factory owned by eleven local whānau, hapū and Māori entities, along with Japanese firm Imanaka. Local Māori businessman Richard Jones had attended a Harvard business course in Queenstown and was inspired to set up a factory along the lines of Miraka (Tuaropaki Trust, Tuwharetoa, with Vietnamese investors), north of Taupō. Supplied by 12 local dairy farms, the $33 million factory Waiū Dairy produces organic and conventional milk powder, milk protein concentrates and butter. It opened last year and expects to employ 40 people. This business stands on land owned by the Pūtauaki Trust, who are key shareholders. It is bringing new hope to the town, says Lessels.

There has also been talk of a new Chinese wood-processing company – Guangxi Fenglin Wood Industry Group – establishing a large factory in the area; and the Provincial Growth Fund has also supported a project called Tuawhenua, the Eastern Bay of Plenty Regional Development Project.

Of course, all new developments have been halted by the Covid-19 state of emergency. 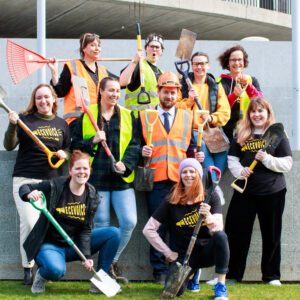