It’s in early childhood that attitudes to diversity are formed, and teachers see quality education here as the key to children growing up with a positive sense of self that enables them to respond proactively to life’s challenges.

The Adelaide Early Childhood Centre in Wellington makes a point of celebrating diversity. “It’s about really valuing difference – rather than making everyone feel the same, it’s about every child feeling just as great about themselves as the next child does,” says Head Teacher Karen O’Leary.

For teachers, it’s about being able to reflect on as many differences and experiences as possible. “If teachers have time to reflect, they can challenge their own stereotypes and ways of doing and thinking – this creates opportunities for growth,” says O’Leary, who is also known as a comic actor, most recently in the TV series Wellington Paranormal.

O’Leary advocates for authentic learning – “you don’t want tokenism”. The best learning flows naturally from conversations with children and whānau, she says, including positive questions to and from children. She sees the benefits as limitless.

“Young children are building up their sense of self, and if this is positive, then they’re more likely to develop positive strategies to meet challenges.”

“Young children are building up their sense of self, and if this is positive, then they’re more likely to develop positive strategies to meet challenges.” Without a positive sense of self, she says, people can struggle. “You see it in adults who are afraid of differences because no one put in the time or asked the questions that suggest different ways of thinking about things that are scary.”

The more children see differences, the more understanding and appreciation they have. “It helps that at Adelaide, in terms of gender and family make-up, I’m lesbian – some basically think I’m a man!” O’Leary’s son and her partner’s son have both attended the centre.

Teachers at Adelaide make an effort to get out and about in their relatively diverse community of Newtown. “We might walk up to the retirement village to sing them some songs – and we might see some people asking for money, or someone talking to themselves. We’ve had some fascinating conversations with children about poverty.”

O’Leary acknowledges that tensions around inclusivity, related to escalating culture wars, have worsened in recent years. “It can get really complex. For example, we would always accept people’s religion but then there are human rights issues about how some religions treat women and gay people.

“At what point do you draw the line? We did have someone make some comments that were a bit racist and we did have to challenge that.” She believes that centres need to be resourced to navigate these minefields.

“It’s easy to get caught up in the politics of biculturalism – it can sink into dial-a-kaikaranga or dial-a-pōwhiri. If you are the Māori in the house, then you can get picked to do the ‘Māori thing’.”

“It’s easy to get caught up in the politics of biculturalism – it can sink into dial-a-kaikaranga or dial-a-pōwhiri. If you are the Māori in the house, then you can get picked to do the ‘Māori thing’.”

She says Māori and Pasifika kaiako are overloaded. For instance, many indigenous language weeks are celebrated at centres and those cultures can be expected to organise them. But Pohatu asks, “Why should they? When centres have indigenous cultures attending, they should at least have some idea of the language.”

These include relationships with children, whānau and organisations such as Plunket, the dental hub in a neighbouring school, other health and social services, Oranga Tamariki, the Cannons Creek library and so on.

But Toru Fetū also recognises that parents need help to navigate services, especially learning support services. So Toru Fetū and a neighbouring Pasifika kindergarten share a community liaison teacher. “Referrals need to be made, observations made, and meetings held with parents to clarify information and to help with attending appointments,” Mareko says.

All the teachers are supported by the community liaison teacher. Mareko describes her as “the go-to person if teachers have concerns about a child. She has relationships with families. A teacher can say, ‘this is what we would like to communicate with this family’ and she will work from there.”

Last July, Toru Fetū’s strong links with its communities were recognised with a Prime Minister’s education excellence award. The kindergarten was a finalist in two categories and an overall winner, taking home $26,000. “It recognises that we’ve been doing fantastic work with engagement and we’ve sustained it,” says Mareko.

She says the secret to maintaining strong engagement with families is teachers taking time to develop respectful relationships, teachers who have links to the community, and teachers who care, not just about the children, but also about culture and families and making community connections. It all supports children’s learning.

The service has also had a programme to train its own students who study while working, to help develop qualified teachers with Pasifika language skills.

Training will feature at another Wellington kindergarten, Owhiro Bay, where Senior Head Teacher Christina Rizos also sees inclusivity as a chance to boost adult and child learning. The service has won a $5000 NZEI Te Riu Roa scholarship to run classes of New Zealand Sign Language (NZSL), for teachers and parents from the kindergarten and nearby Owhiro Bay School.

The initiative was instigated by the parent of a child, who is also a teacher at the kindergarten. Her daughter, Frankie, has Down Syndrome, and she, along with a number of children in the school, are using NZSL.

“It’s an exciting time,” says Rizos. “Learning support and inclusivity are about finding strengths and about what needs to happen in the physical, behavioural and language learning spaces to support strengths.”

“Learning support and inclusivity are about finding strengths and about what needs to happen in the physical, behavioural and language learning spaces to support strengths.”

She says teachers get to expand their practice, and children learn that everyone is unique and that we all have different needs and need different environments.

“Frankie has been teaching older children the names of the animals in NZSL – it’s very exciting for her and a great opportunity for other children.”

However, at the same time as there is excitement and energy in parts of the sector, academics are realistic about the barriers to inclusivity. Diane Gordon-Burns, Alex Gunn, Kerry Purdue and Nicola Surtees are co-editors and authors of chapters in the influential book Te Aotūroa Tātaki – Inclusive Early Childhood Education, and in a statement for Ako noted, “Unfortunately, persistent structural factors such as working conditions, large group sizes, qualifications, lack of professional development opportunities and funding continue to hinder teachers’ efforts to realise child and family rights to inclusive, high-quality ECE.”

They also say increasing expectations for ECE kaiako to teach in culturally responsive ways, and the unmet need for PLD to help teachers work competently with a diversity of children and whānau, are of concern, as is the dearth of qualified Māori and Pasifika kaiako: “This continues to affect the quality of culturally competent teaching throughout not only the early childhood sector, but primary and secondary schools as well.”

Their book focuses on inclusivity as a form of power-sharing within centres – that centres and services must welcome differences and continually adjust. The work is never done, because each family brings change to a centre. But while it is demanding work, it is also hugely rewarding and vital.

“As we begin to recognise more forms of difference and people continue to contest and resist traditional forms of thinking about personhood and the self, it’s even more important for education professionals to meet people on their own terms.”

Rather than imposing what might be narrow and fixed understandings about ethnicity, wealth, ability, gender, sexuality and the like, it is better to “figure out who these new people are, about the connections that matter to them, and how they want to be known – and to work with that”, they say. A second edition of the book is due for release in 2020 from NZCER Press.

At a systemic level, significant structural change is needed to overcome barriers to opportunities offered by inclusivity.

At a systemic level then, significant structural change is needed to overcome barriers to opportunities offered by inclusivity. NZEI members are seeking to drive this in two ways.

First, ECE members are actively pursuing a pay equity claim through the campaign Fair’s Fair – Mana Taurite Pay Equity. A pay equity settlement would recognise that the ECE workforce has been undervalued because it has traditionally been seen as “women’s work”. Improved conditions would relieve the stress that too many educators face, and give them space to develop their practice.

Second, NZEI members have developed Shaping Our Future: Our 10-year strategic plan for ECE, which sets out an ambitious plan to reignite the sector, including better planning of provision, better ratios, better access for families, and immediate reinstatement of funding for 100% qualified teachers. The government has released its own strategic plan, which signals a shift in the right direction, but at a slower pace. Members are urged to provide feedback on the government plan by 15 March 2019. 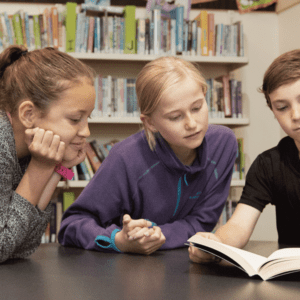 Student agency is changing the way children learn – enhancing local curricula and parent and student voice. It has particular relevance to individualising learning for children with additional needs.

One of the most important things for children with additional needs to be able to access the curricula and to thrive at school is having huge support behind them. That includes from the school and whānau communities and from school leaders, support staff, teachers and itinerant staff. 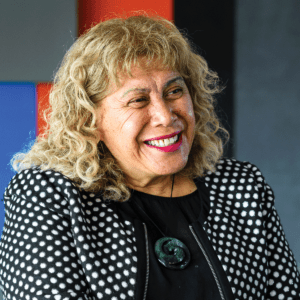 Let the uniqueness of the child guide us in our mahi

Kura in the Manawatū and Horowhenua are shining examples of inclusivity, in a context of some hope that more resources are coming to support culturally competent practices everywhere. 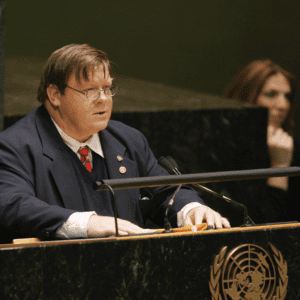 Robert Martin has become the public face of why a human rights take on inclusive education is needed. Born with a brain injury that made his early life difficult, he now travels the world asking hard questions of governments about their efforts to comply with the United Nations Convention on the Rights of People with Disabilities.