The science is clear: climate change will impact all aspects of our society – including education.

We are coming to terms with what this will mean for our tamariki, communities and ourselves. A 2020 New Zealand Council for Educational Research (NZCER) report on climate change and sustainability in primary and intermediate found 79 percent of teachers and principals thought climate change would have moderate to major impacts on the places and communities where their schools are located within their students’ lifetimes. Unless we limit warming to 1.5ºC (the target in the Paris Agreement and Zero Carbon Act), the impacts on our people and communities will be profound. In 2018, the Intergovernmental Panel on Climate Change said even 2ºC of warming would drive hundreds of millions more people into poverty, especially in coastal regions. Many Aotearoa New Zealand schools and communities are low lying and coastal, and risk being uninsurable within the next decade.

Avoiding these impacts and adapting to impacts we fail to avoid will define our pupils’ lives. The School Strike for Climate movement shows tamariki understand this already. Oxfam New Zealand suggests our fair share of limiting warming to 1.5ºC would be cutting emissions by over 80 percent by 2030. Practically, that’s not possible – so they say we’ll need to support other countries to cut emissions too. Many educators feel this urgency, but face barriers when trying to make concrete shifts in their schools and centres. How can we effect change and bring fellow educators along with us?

Niki Burtenshaw is a Lead Teacher at Monrad School and an environmental education champion. You name it, she’s done it: waste audits, stream clean ups, school chickens and even a student-led environmental carnival that made the local paper. But in her experience “it’s hard to get things going, and to get momentum.” Passionate individuals like her, she says, are still largely responsible for environmental education in our schools – and these people face “barriers in place everywhere.”

Some barriers are about workload and resourcing, others are about workplace culture and attitude – but often, they’re about both. Fourteen percent of educators NZCER surveyed “pushed back” on the suggestion climate change can or should be a systemwide focus for primary and intermediate schools. Their reasons largely aligned with Burtenshaw’s assessment that “they’re barriers of time, money and workload” – but these also interplay with differing political views and, in some cases, an assumption that schools aren’t the right place for children to learn about these issues.

This assumption partly comes from a concern that teaching children about the climate crisis will have mental health consequences. However, Indigenous youth climate advocate India Logan-Riley (Ngāti Kahungunu) says the true damage lies in not showing our tamariki we can change things to achieve justice within and between generations: “That’s where we see negative mental health impacts,” they say. Logan-Riley states our children understand the scale of the challenges we’re facing, and need to see that solving them can start with people like themselves sitting around a table and deciding they’re going to do something. “That’s what happened at Ihumātao,” they note.

As well as barriers to starting projects, there are continuity challenges. Most initiatives Burtenshaw knows of have been precarious. In one school, there had been a thriving environmental group a decade ago – but staff leaving meant the work was abandoned. She’s seen the same elsewhere: “When they leave, everything leaves,” she says. Her passion has become finding ways to future-proof sustainability projects in a school environment by asking, “how am I going to make it sustainable even if I’m not around forever?” and “how is it going to look when I’m not there?”

Working at Manchester Street School in Feilding gave Burtenshaw insights into how things could be done differently; Manchester Street is a Green-Gold Enviroschool, the highest tier of recognition for a school’s work toward being sustainable and environmentally friendly. Her key motivation there was to learn first-hand what it looks like when environmental education is truly embedded into a school, and she’s since taken these learnings to two other schools.

Burtenshaw says the first step to breaking through barriers and creating something lasting is building alliances as broadly as you can. Alliances offer expert knowledge and opportunities to get funding for sustainability projects – easing the pressure to find money elsewhere. Wayne Jenkins is Principal of Ross Intermediate School, which made an ambitious commitment in 2018 to become carbon neutral. Students and teachers partnered with a non-profit social enterprise, Ekos, to develop a free calculator for schools to work out their carbon footprint. They’ve continued to use the tool to help their students learn where the school’s emissions come from and how they can reduce them, and they pay for carbon offsetting where it’s still needed. Both Jenkins and Burtenshaw cite the Enviroschools community as a strong support for the work they do, and Jenkins’s school has also built relationships with the local council.

Within your school, Burtenshaw says, it’s important to build a network of keen staff and to meet regularly – even if these staff don’t want to take a lead role, you’ll know they believe in your values and will back up your ideas. Having your senior leadership on side can really help, as at Ross. Even in the context of competing priorities, Jenkins believes “the survival of our planet isn’t a luxury, it’s an immediate need.” As Principal, he’s acted on this belief, fostering an environment where children and staff feel supported to pursue initiatives they’re passionate about. In addition to being carbon neutral, the school’s curriculum focuses heavily on sustainability, and students work on an ongoing basis alongside the school’s Environmental Education Team to strengthen and develop its sustainability work.

A second step Burtenshaw endorses is working with your network to create an environmental education strategic plan for your school, taking it to management to endorse and embedding it in the school’s workplan. These living documents can provide a clear framework for staff, students and communities to hold themselves to account, and for each person to see the role they can play.

For those starting out, Burtenshaw recommends where possible, “of course” you should set up an environmental group. It’s a way to get tamariki on board and hear their voices – but also to learn what they want to see change. She and Jenkins are both passionate about students seeing the impact they can have on the “big issues”. Rather than letting an environmental group become just another interest group, Burtenshaw says, it’s key to ensure the students see they have agency and can break down barriers. This is where enacting fun, tangible ideas – food forests, rongoā gardens, using the maramataka and even chickens – come into play. She works with her students to set goals and prioritise (“What’s achievable in the quickest time? The ‘next step’ time? The longest time?”) and matches their strengths to the tasks that need to be done. One child might want to do the design, another the digging.

Logan-Riley says for educators, a key way for our tamariki to grow a sense of agency is by learning about climate change and sustainability issues through an intersectional lens – in other words, how different social and political factors such as race and class intersect with climate change. Rights frameworks help us to learn how we can look after one another well (“because we need to do that in times of crisis”), and in respectful ways – including with respect for one another’s cultures. Logan-Riley says many young people today already “instinctively” understand the intersectionality of climate change and can see how it relates to issues like poverty and education inequality.

“It’s reassuring for young people to see ways forward to address these big-scale issues – especially when they look back through our history in Aotearoa, for instance to Te Tiriti and indigenous rights issues, and see we haven’t dealt with many of our intersectional challenges well for multiple generations,” Logan-Riley says. They assert that people power drives climate action: “We can teach our children about social movements that have won in the past and that are winning now – these are educational and inspirational movements that are holding back the fossil fuel industry right now.”

Jenkins values how much our curriculum has “opened up” and allowed students to focus on climate change and environmental education, but he and Burtenshaw still want to see these move to a more prioritised, better resourced part of our curriculum. Principals in NZCER’s report supported this view, and the report suggests one way to do this is to make climate change a compulsory component of the New Zealand Curriculum. Another is placing greater emphasis on problem solving and creativity. One principal saw the latter as key for the challenges ahead stating, “We need to continue to develop critical thinking skills so that the children can make sensible conclusions based on available information.”

Educators know there’s more to be done around sustainability in our schools, but Jenkins is positive; it’s “very much a different landscape now” compared to even a few years ago, he says. In the NZCER report, 88 percent of principals reported kaitiakitanga as a school-wide focus, and almost half said their school connects with local and/or regional organisations that take climate action.

We now know addressing the climate crisis will take more than individual actions. The big changes we need are challenging. Preventing the worst of this crisis and securing a just transition to a safe climate future will require a thorough, systematic transformation in the way we all live, work and even learn.

Conor Twyford, the new Community Organiser at NZEI Te Riu Roa, talks about the work she’s doing and how she’s supporting members to get active on climate change. “If we’re going to tackle the big issues like climate change,” Twyford says, “we need to do it in community, we need to do it together.” 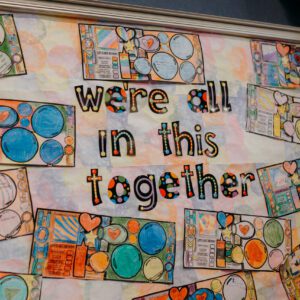 As Taranaki makes a “Just Transition” from fossil fuels to a carbon-neutral economy, educators, whānau and tamariki must transition as well. 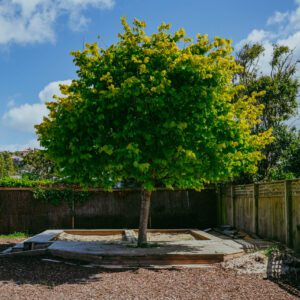 Gumboots and Gloves: Coming together in the face of climate threat

For many communities in Aotearoa the impacts of climate change are already being felt. Ako talks to educators about floods, droughts and hurricanes, and how they get through.

Planting the seed of environmental citizenship

Early childhood centres are educating and empowering tamariki on how to make their world a better place. The work is changing mindsets and behaviour far beyond centre walls.