One of the most significant casualties of nine years of focussing on literacy and numeracy at the expense of everything else schools do has been the arts.

In many schools they were effectively killed off or banished to last thing on a wet Friday afternoon. The repeal of National Standards provides an opportunity for schools to resurrect the arts.

The arts are vital for preparing children for the future. The arts by their nature foster creative ways of being. Risk taking, playfulness, collaboration, problem posing and problem solving are among the most valued attributes of employees across all industries. Learning how to be more creative has significant possibilities for growth across the entire economy.

Learning how to be more creative has significant possibilities for growth across the entire economy.

Perhaps it isn’t surprising that the more traditional education systems such as the Chinese are now embracing the arts in schools to make a more creative workforce to meet the demands of global competition.

Yet the arts offer far more than the merely functional preparation for work. There are many studies showing that a child who enjoys an arts-rich education will learn better in other areas of school with improvements in students’ engagement and understanding within all areas of the curriculum, particularly social sciences and writing.

More important, I would argue, is that there is much within arts learning that is valuable in its own right. Perhaps what we might value in schools is the way the arts, through their vibrancy, colour, noise and joyful living, manage to disrupt and challenge the ordered uniformity of schooling.

The beauty created through the arts in schools is a reminder of the possibility for beauty in our lives and worlds.

The beauty created through the arts in schools is a reminder of the possibility for beauty in our lives and worlds. By working actively with ambiguity, and in the non-linear forms of learning that characterise the arts, young people reimagine the world as a place where they might be makers rather than consumers.

The arts deliberately deconstruct the notion that learning can be the accretion of discrete skills predetermined by measurable learning intentions. It instead constructs learning as a process in which surprises and unpredictable outcomes are both possible and desirable.

Perhaps our new government might heed Gough Whitlam’s words: “Of all the objectives of my government, none had a higher priority than the encouragement of the arts; the preservation and enrichment of our cultural and intellectual heritage. Indeed, I would argue that all other objectives of a Labor government – social reform, justice and equity in the provision of welfare services and educational opportunities – have as their goal the creation of a society in which the arts and the appreciation of spiritual and intellectual values can flourish. Our other objectives are all means to an end. The enjoyment of the arts is an end in itself.”

Perhaps we might be able to say the arts in schools matter because they reside in the most sacred part of what it means to be alive.

The arts in schools are not then purely about creating competitive workforces but how we might as a nation become more empathetic, kinder, more collaborative, more genuinely creative. Perhaps we might be able to say the arts in schools matter because they reside in the most sacred part of what it means to be alive. We might say the arts are of value because they remind us of infinite possibilities, that the arts are the training tools for the imagination, individual and social. We might celebrate the return of the arts because a society rich in the arts is rich in possibility.

Professor Peter O’Connor is an internationally recognised expert in applied theatre and drama education. He works in the education faculty at the University of Auckland. 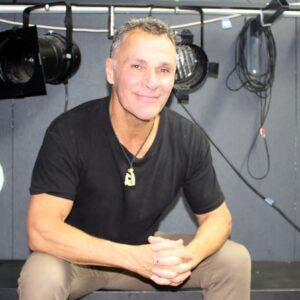 Mark Jensen, the drama teacher at Northcross Intermediate School in Auckland, talks about how performing arts activities have been used by staff across the school as a positive way to reconnect with their thousand-plus students in the first days of reopening at Level 2.