Daryl Aim leans forward in his chair in his school’s brightly decorated library and leaves no illusions as to his feelings about the decile system.

But he also wishes that the Equity Index also didn’t need to be introduced at all.

“Everyone would hope that we had a more equitable society where we didn’t need to have these [funding programmes] in place,” he says.

“But the reality is that we are seeing more and more groups of people being drawn into the lower socio-economic brackets. I personally sit here sometimes and wonder how our families do it; how they get by.

“They’re hugely resilient and resourceful and I take my hat off to them as to how they navigate some of the toughest economic times I’ve seen for families in my educational career.”

“Everyone would hope that we had a more equitable society where we didn’t need to have these funding programmes in place.”

It’s a career that has spanned more than 20 years in schools up and down the motu. The pull-no-punches assessment of the current situation, reflected in numerous other schools and suburbs, can be seen in microcosm at his small kura.

Unemployment in the area for people aged over 15 was touching 10%, while just 40 percent of all working-age residents were in full-time employment. Almost 25% classified themselves as labourers. More than 30% of the population aged over 15 have no formal education qualifications.

Almost three quarters of residents are living in rented accommodation, the majority of which are former state houses that line the streets of the exposed, windswept eastern Porirua hills.

“Poverty does not equate to poor teaching or education, nor poor outcomes.”

The post-War economic boom in Porirua attracted people to the area looking for steady work in the numerous factories and light industry that sprung up. The majority of families who arrived in the area were Māori and Pasifika – a legacy that remains today.

Natone Park School’s roll is 60% Māori and 35% Pasifika. Mr Aim quips he’s the only pākeha at the school.

But the composition of the roll and the (almost) exclusively Māori/Pasifika staff is what makes its sense of community so strong and an overwhelming source of pride, he says.

“We operate as one big whānau,” he says. “I would describe it as a school community with a big heart. They’re genuine, real people. They’ve got huge hearts, they want the best for their kids. They try hard. They do amazing things both for their kids, the school and in the community.

“There is a lot of positivity and all of our parents are really supportive of the kura.”

It’s that feeling of community and sense of purpose of the school staff and parents that he says was often neglected in the discussion of the decile system.

It was used by the wider public as a blunt tool to determine whether the school was ‘good’, not the socio-economic characteristics of the school roll.

“The decile system developed a stigma … where the perception from people in the community as to what a decile rating meant, became something it wasn’t,” he says.

“The decile system was used by the wider public as a blunt tool to determine whether the school was ‘good’, not the socio-economic characteristics of the school roll.”

“They’d look at a decile one school and say it’s a poor school, and the perception would be that it’s delivering poorer education for kids. But that wasn’t the reality.”

In short, he says, poverty does not equate to poor teaching or education, nor poor outcomes and he hopes the stigma attached to the decile system now disappears with the introduction of the Equity Index.

The index is drawn from 39 data points extracted from the Integrated Data Infrastructure – a massive government research database that is fed into from government agencies, Stats NZ surveys and non-governmental organisations.

It provides a very detailed picture of the socio-economic equity challenge each school faces, down to the level of the individual, but anonymous, student.

The higher the rating number assigned to the school indicates the higher representation of disadvantage.

Natone Park is at the upper end of the scale. And why it receives funding for the breakfast, fruit and lunch in schools programmes.

It’s also why there is no school fundraising, Mr Aim says.

“The most important skill we can give kids is the power to know who they are, what they’re good at, what they’re not so good at.”

He’d rather families spent their money on food, heating and everyday items like toothpaste – something that he has noticed getting left out of the supermarket trolley because whānau are trying to stretch their budget in a time when the cost of living is at its highest level in 30 years.

“Everyone has got a limited amount of money to spend and there becomes a tipping point where there’s nothing left to spend,” he says.

“Not because the parents aren’t trying and don’t want to buy it, but they’re just constrained by the poverty bracket they sit in.”

Mr Aim says it’s why part of the school’s kaupapa is to ensure their students are not restricted from experiences they otherwise might not receive.

The senior students go on an annual camp, at no cost to their whānau. This year, they’re going to Taranaki – “which won’t be cheap”.

But there are also additional experiences that other schools in the Wellington region might take for granted, like visiting the national museum, Te Papa, which he considers to be important complements to the classroom curriculum.

“We know that those are the experiences they will take with them and will remember,” he says. “It’s important for us to fill some voids for kids that they may not normally get.

“The most important skill we can give kids is the power to know who they are, what they’re good at, what they’re not so good at. But they also should know that’s okay, we’re all human and have our strengths and weaknesses.

“You’ve got hundreds of schools around New Zealand who do amazing things for their kids … and while there are a lot of challenges for tamariki going forward … the aspiration here is that every one of the kids who walks out of here will look back one day and say: ‘I’m successful in who I am and where I am, and I acknowledge all of the people who have supported me to this point and helped shape me.’” 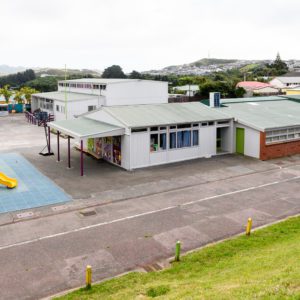 Recently, AKO spoke with two school principals about their efforts to bridge the digital divide in the lockdown. We caught up with them again to find out how their schools are managing the transition to Level 3 and beyond. They reminded us that behind the digital divide is a greater inequity. 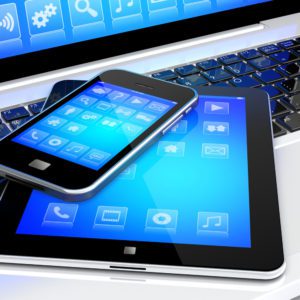 AKO talks to two school principals about how they’re addressing the inequities of access to technology and internet as they prepare for online teaching.