Difficult knowledge about the past can compel individuals to recognise how they belong or feel at home in the nation state, and induce strong emotions like discomfort, anger and shame. In this article, I discuss how mainstream New Zealand society resists difficult knowledge both at sites of historical colonial violence and through mundane interactions between teachers. I draw parallels between these two seemingly different contexts to reiterate that national institutions covertly normalise a sense of settler belonging.

Twenty minutes by car from Wellington city sits a very large grey boulder. Blink and you might miss this monument to one of the two main clashes of the Wellington Wars fought in 1846, the Battle of Boulcott Farm. The underwhelming memorial melts into the grey tarmac of the Lower Hutt road and many locals do not know it is there or what it represents.

I visited this monument while working on a large-scale research project called He Taonga te Wareware. The project took me to several sites associated with the New Zealand Wars to record how those battles are remembered today. A lack of public acknowledgement about the significance of those events amazed me, as did the narrative silences of the dated inscriptions on the memorials and that they have been sitting, uncontested and in public view, for decades.

My research last year led me back home to Blenheim to observe how my cousin and Māori historian, Peter Meihana, approached the teaching of local history at sites of significance to mana whenua in the Wairau. The large class of 14–15 year old girls were significantly affected by kōrero about the Wairau Affray conflict, but seemingly more so by the story of the Wairau Reserves.

I remember a heavy silence falling over the girls as Meihana described how Ngāti Toa, Ngāti Rārua and Rangitāne o Wairau were pushed onto parcels of land at the bottom of a valley, far smaller than what was promised by the government. The area became overpopulated quickly and was made inhospitable because settler farmers diverted waterways to make their farms more productive. The effect of land deals between iwi and the government, the flooding, and sickness and disease that followed, continue to negatively impact Māori in the Wairau today.

“To what extent are the Ministry of Education prepared to counter and redress the implications of silencing in our schools?”

The adults who attended the field trip were as interested as the girls learning about these difficult and silenced histories. And while it seems that most of the wider New Zealand society does not want a legacy of historical and political ignorance about Aotearoa histories to continue, to what extent are the Ministry of Education and the teaching community prepared to counter and redress the implications of silencing in our primary and secondary schools?

The potential for the new curriculum to end widespread amnesia about difficult Aotearoa New Zealand histories and forefront national and local histories from the perspectives of iwi, hapū and marginalised communities is indeed cause for celebration.

Getting to grips with Aotearoa New Zealand history will also give many Māori, particularly those who were not raised tūturu, answers to deeply held personal questions about who they are and how they belong in our society. I should know, I was one of them.

However, breaking the silencing of difficult histories directly challenges the ideologies that underpin celebrated notions of being a Kiwi, and the symbols and daily practices that reinforce the idea of an equitable and harmonious bicultural society.

“Breaking the silencing of difficult histories directly challenges the ideologies that underpin celebrated notions of being a Kiwi.”

By approaching history in ways that elicit difficult knowledge, we are encouraged to rethink how we live as a society at large. Should learning about the New Zealand Wars continue to encourage visitors to bask in the glory of the Signs of a Nation exhibition at the Museum of New Zealand Te Papa Tongarewa and imagine a Crown-Māori partnership that never came to fruition? What will be the basis for claims of Māori privilege when historical events and processes concerning the oppression of Indigenous peoples are understood? How can inequities between Māori and non-Māori in the prison, social welfare, health and education systems simply be a Māori problem when historical and contemporary forms of colonial violence are exposed?

An intellectual understanding of Aotearoa New Zealand history is important, but equally so are comprehending multiple and diverse ways that government institutions, like schools, are determined by historical narratives that silence mechanisms of colonial domination.

Education policies, the curriculum and popularised pedagogical approaches validate settler ways of viewing the world. To date, these structures have been built on historical amnesia and ignorance, which support the descendants of settlers to feel comfortable about the state of race relations because Pākehā cultural bias and inherited privileges are invisibilised.

I recently wrote a paper with two colleagues about how efforts to better include Māori interests in schools are also thwarted through informal bonding sessions between Pākehā teachers when they are required to move beyond Pākehā cultural norms. When, for example, teachers are required to implement practices aligned to Māori culture, or when engaging with strategies that aim to redress achievement disparities.

The bonding sessions reassure the teachers involved that the status quo is culturally neutral and that current teaching practice and the wider education system are fair and even-handed. The need to cling on to this imagined state of schooling is particularly strong for the descendants of settlers, because it provides a barrier to admitting the consequences of colonial invasion, the realisation of Pākehā privilege, it reiterates the perception of bicultural harmony and validates piecemeal inclusion of Māori worldviews and perspectives in schools.

Moreover, in the paper we argue that government policies and school administration decisions also underpin the teachers’ bonding sessions. We call this phenomenon settler affirmations.

Drawing attention to settler affirmations highlights how curriculum change by itself is not enough to challenge unequal power relations between Māori and Pākehā in schools and society.

A non-token approach to the Aotearoa New Zealand histories curriculum could involve full staff professional development to engage with land education that is closely developed and implemented alongside mana whenua and marginalised communities. Difficult knowledge can be meaningfully engaged through this process, and teachers supported to work through the emotional difficulties and defensive behaviours that accompany a perceived threat to levels of racial comfort and settler belonging.

“Curriculum change by itself is not enough to challenge unequal power relations between Māori and Pākehā in schools and society.”

Such discomfort must be addressed and worked through if the Aotearoa New Zealand histories curriculum is to make a start at reconstituting a genuinely equitable settler-Indigenous partnership.

This article is co-published on Ipu Kererū, the blog of the New Zealand Association for Research in Education (NZARE).

Liana MacDonald (Ngāti Kuia, Rangitāne o Wairau, Ngāti Koata) is a lecturer in the Faculty of Education, Victoria University of Wellington. She is interested in how racism, whiteness, and settler colonialism manifest in national institutions. Her current research explores possibilities for decolonial transformation in schools, particularly through land education. 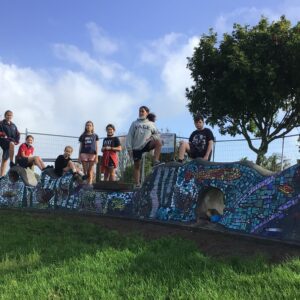 The place we stand – connecting to the land in Tāmaki Makaurau 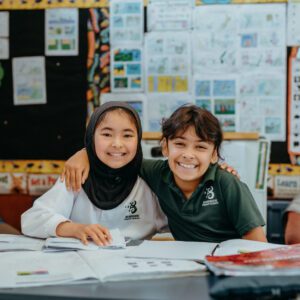 Nō hea koe? Where are you from?

Many schools and ECE centres already use Aotearoa histories as a powerful tool to engage tamariki in learning. Personal stories of migration are at the heart of it. 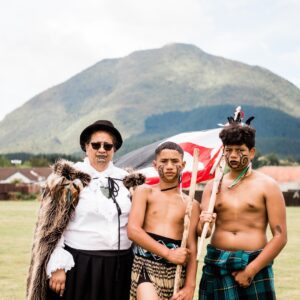 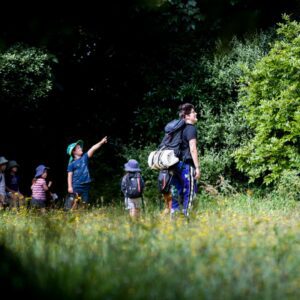 How early childhood centres are weaving past into present to grow tamariki to be confident in their identity and belonging.