This is Kirsten Warner’s first novel – and with an eclectic creative life including journalism (and writing for Ako, go Kirsten!), music
and poetry, The Sound of Breaking Glass (Mākaro Press) is jam-packed with ideas, experiences and observations. In the early stages of the book, it’s almost too jam-packed as if a life’s worth of ideas are competing for space. But as you peel back all the layers they reveal something very special at the heart of this story.

In 1990s Auckland, busy working mum Christel juggles her job as a reality television producer with her activism in Women Against Surplus Plastic (WASP). She has a lovely husband and two lovely children, but her domestic life is presented in a fuzzy, out-offocus way as Christel has so much more going on in her life.

There’s a magical realism that weaves through the book, including the “Big C” – (for Critic) giving many forms to the voice in Christel’s head and accompanying her on the bus or in the office. Christel’s adolescence and her adulthood are populated with a chorus of archetypes (Karate Man, Upstairs Woman, Fat Controller, et al) who all have an impact on her and who even abuse her and take from her. Despite the hurt they inflict, they lack the emotional resonance of her parents, Conrad and Stella, and their stories. Conrad has lived through things inconceivable to the “she’ll
be right” laconic Kiwi, and buries and excavates these experiences in ways that leave a permanent mark on his daughter Christel.

The Sound of Breaking Glass is at its essence a treatise on pain and trauma, and how it continues to echo through generations. Christel says: “I feel like I’m lacerated on the inside, with loose ends that need mending”.

The novel, despite a surplus of loose ends, does knit them all together to tell a beautiful and affecting story. – Rebecca Matthews-Heron

The moment I introduced Tane Māhuta Has a Forest to our tamariki, I had an intrigued audience.

They recognised the adventurous characters Pūkeko, Kiwi and Hoiho from Row, Row, Row Your Waka, a well-loved CD story at our kindergarten.

When the familiar tune of “Old MacDonald” started to play, the tamariki began swaying along. In the story, the three friends set off to explore the forest, and take us all along on the journey. We moved along with the music, stretching tall like a kauri tree, dancing like pīwaiwaka, and meeting other creatures along the way.

All up – a wonderfully illustrated bilingual pukapuka with a catchy tune that had us all singing along in no time. It is such a fun way to practice our  te reo Māori, become familiar with Tāne Mahuta, god of the forest, and to get our bodies moving. We love that it also has a version written entirely in te reo Māori.

Of course as soon as the book ended, the calls rang out “anō, anō!”

I’ve lost count of how many times we have enjoyed this pukapuka. Highly recommended, it’s a five-star review from us! – Anna McMillan and daughter Frankie

Why is that lake so blue?
Simon Pollard (Te Papa Press)

Planning a science or natural history unit? Not sure where to start? Why is That Lake So Blue? is for you. Written by Dr Simon Pollard, biologist and award-winning author, this authoritative guide to Aotearoa New Zealand’s natural wonders has a wealth of information and inspiration for busy teachers.

Written especially for young New Zealanders, it provides a fascinating insight into the latest understandings on how our land was formed and the evolution of our unique species, earthquakes, volcanoes, forests, lakes, rivers, wetlands and mountains. It covers the latest scientific discoveries about our oceans and marine life, including some “Seriously cool” and “Gross!” (Year 8s) creatures.

As a resource for teachers to bone up on their knowledge and identify starters for inquiry, in a New Zealand context, this resource is a star. As a student resource or reference book, it’s suited to older children (Years 6-10), and those with a passion for geology, nature or bugs.

Feedback from Year 5 and Year 7 students was: “Really cool. I learnt lots.”

“It’s kid friendly, and if you don’t know a word they’ve got ‘What does that word mean?’.”

“I liked the history of our land and how it evolved.”

“It’s well set out and easy to read. I think a kid would get into it for a research project.”

I highly recommend a copy for every school library; and maybe one for yourself in case you can’t wrestle it from the science-mad kids! – Maria Higgison

This book, Where’s My Jumper? is good if you have a little sister! We liked the pictures of the different animals, and there is lots to look at and talk about in each page. Marti liked to lift the flaps and the holes you can look through.

At first I was worried about the jumper but I liked that in the end – everything was okay. Mum read the book to us a few times and then I could read it to Marti and we could talk about the pictures together. – Loren (7 years) and Marti (2.5 years) 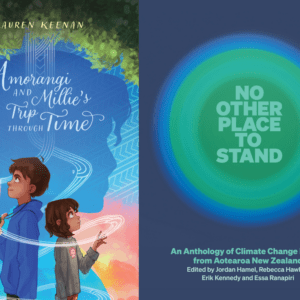 Reviews of thirteen excellent new books for kaiako and ākonga. 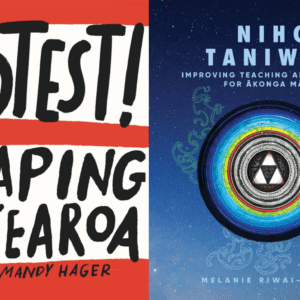 Reviews of eight brilliant new books for kaiako and ākonga. 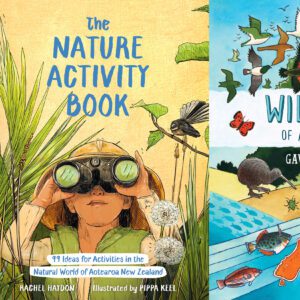 Reviews of eleven brilliant new books for children and adults with an environmental theme. 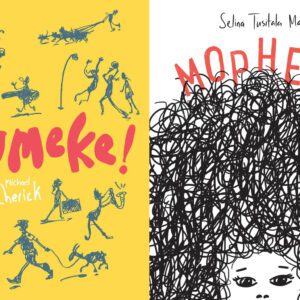